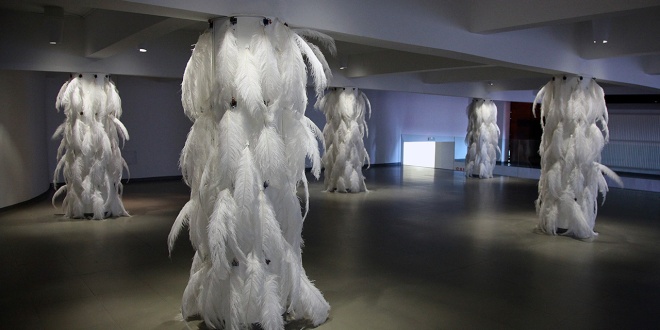 Ebru Kurbak is one of our local artist who had a studio space at studios das weisse haus in spring and summer 2013, in Vogtgasse 28, 1140 Vienna.

Ebru is an artist, researcher and educator, currently based in Vienna. Her practice involves experimental design as a tool to uncover psychological and cultural implications of shifting body-technology-space relations. In her recent projects, she developed works in various formats including body-worn pieces, electronic-textiles, and responsive environments.

Ebru was born in Izmir, Turkey. She studied architecture at the Istanbul Technical University. After receiving her Master’s degree, she started teaching at the Department of Visual Communication Design in the Istanbul Bilgi University. She is currently a lecturer at the Department of space&designstrategies in the University of Arts and Industrial Design in Linz.
At studios das weisse haus, Ebru is engaged in a few works-in-progress simultaneously. The greater part is an experimental artistic research that started during a residency at the V2_ Institute for Unstable Media in Rotterdam and in collaboration with Irene Posch. The project explores using textile technology subversively as a method to fabricate electronic objects from scratch. In the Studios, Ebru built a small-scale textile-electronics workshop in order to continue the experimentation. Currently she is also preparing the work entitled Feather Tales for the exhibition at the FILE Festival in Sao Paolo in July. 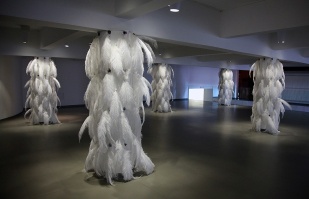 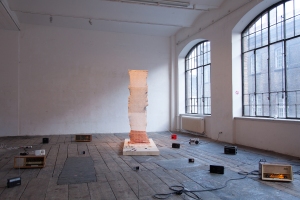 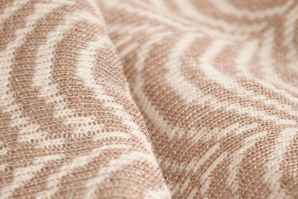 You can subsribe to our newsletter in the section "Contact".